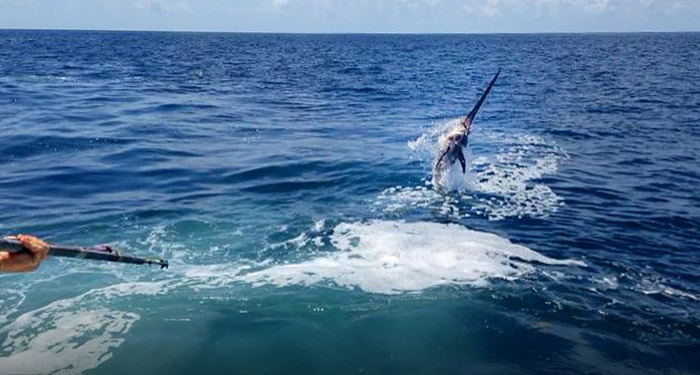 Gratitude is one thing, but attitude is another. Capt. Jordan Ellis and his offshore charter displayed both on their trip this weekend. The group, fishing from the F/V ShockWave, a 40-ft Freeman Boatworks catamaran, went out of Venice, and quickly landed six yellowfin tuna.

Content and thankful for that haul, they went looking for dolphin, and caught a couple mahi. But, the mahi weren’t plentiful, and the day was young.

Ellis made a recommendation, when he turned to his group of six and said, “how bout we get us some daytime swordfish?”

Video: Tuna Fishing on the Sweat Shop at MGFC

This video was made in July while fishing with Capt. Travis Mayeux on the Sweat Shop, a 33-ft Freeman Catamaran. The footage was made in the Gulf of Mexico, off the coast of Venice, LA. Mayeux runs the Sweat Shop for MGFC. He’s one of four charter captains with the operation, which has a reputation for being among the best charter fishing companies in Louisiana. The video features tuna fishing with MGFC.

This video shows nearly 7 minutes of footage of the 33-ft Sweat Shop running to various spots, and then landing righteous amounts of big tuna.

Want to experience a trip just like this one? Give us a call or use our Booking Form to tell us when you wanna fish, and what you wanna catch. 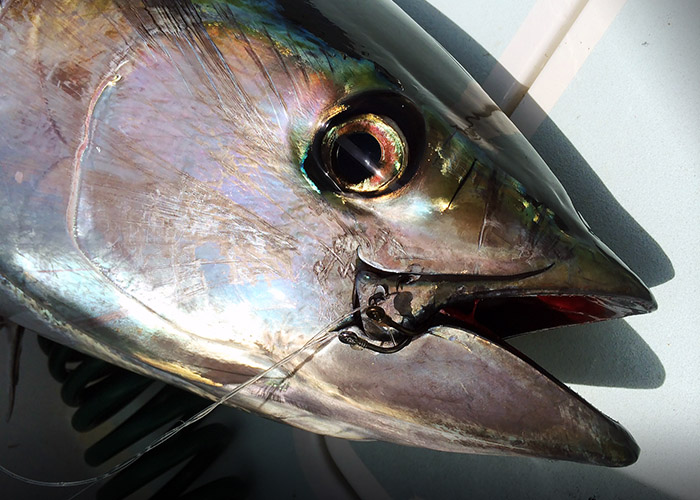 Captain Travis Mayeux had a group on board his charter boat, the Sweat Shop, and all they wanted to do was catch tuna.

Lots and lots of yellowfin tuna. Mayeux, a man to oblige, put his group on four yellowfin before they had even moved to their second spot. By the time they arrived a spot No. 2, Mayeux’s customers hooked a beast of a fish that was fighting like mad.

While this yellowfin put on one heck of a battle, and a bit of a show, the rest of the boat was busy pulling in three other fish — all tuna, as well. Few things make the charter captain more proud than to see four out of four customers hooked up to big yellowfin tuna all at the same time. A feat, he says, “all thanks to Mustad Demon Perfect Circle hooks.”

Mayeux Adds to MGFC Lore with Tuna and Dolphin 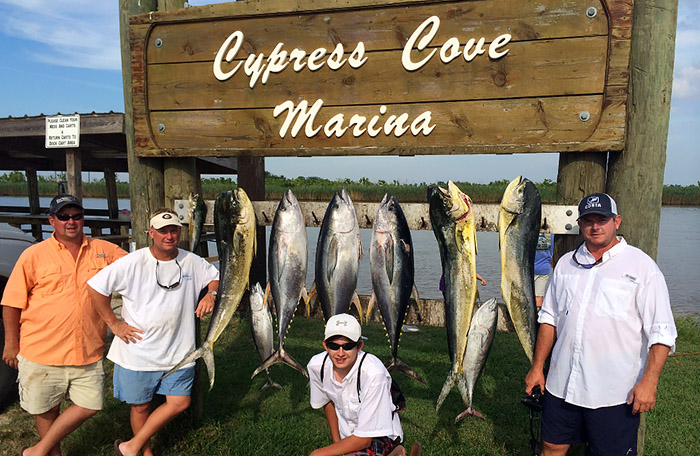 Capt. Travis Mayeux, running the Sweat Shop for the Mexican Gulf Fishing Company, had another good weekend in his first summer as a captain with the offshore charter company based in Venice, LA.

On back to back days he put customers on big hauls. Not uncommon, for talented charter captains, mind you, and certainly more to the norm for MGFC, but to say this was fun is an understatement, as evidence by the photos attached with this story.

On Saturday, Mayeux’s boat already had four yellowfin tuna when they had pulled up to their second spot.

The boat doubled up again, and then landed a third tuna that acted as if someone or something from the deep had pissed in it’s cheerios. While a customer was fighting that fish, tuna just kept following the boat. What happened next? Well, let’s just say it was fun.

All in a Day’s Work for Capt. Billy Wells 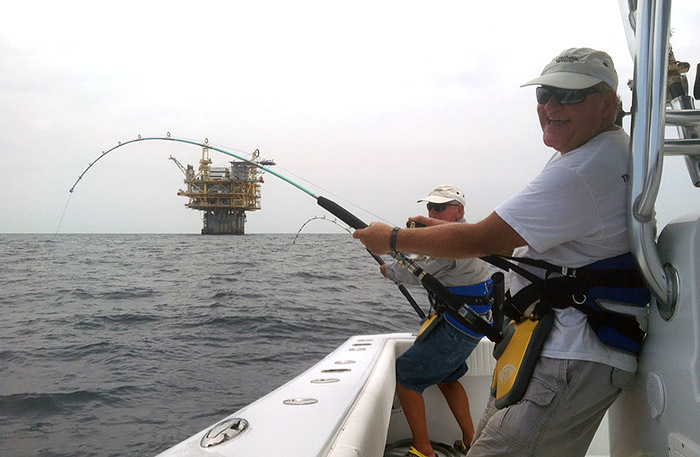 Capt. Billy Wells, proud owner of the new 37ft Wild Bill, (built by Freeman Boatworks), had a nice day at the office this week when he put long-time customers Tom Steed and crew on a slew of fish.

Steed and his friends have been fishing with Wells for more than 10 years. They travel to Venice, LA from Key Largo, FL. They come for the non-stop action, and for big fish, and that’s exactly what Wells delivered with this outing.