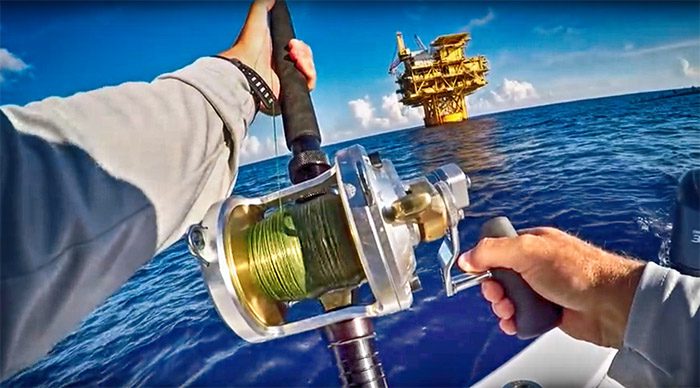 In this episode, LFG went to the Gulf of Mexico in search of giant saltwater fish like Yellowfin Tuna and Swordfish.

Fishing with Mexican Gulf Fishing Company, Justin says, “a few of our friends came together for an epic summer fishing trip. Before the first hour, we experienced a flood of Tuna! I had never caught a tuna and none of us had ever caught a swordfish. We used the Shimano Beastmaster 9000 electric fishing reel to reel in the swordfish in deep water (more than 1,200 feet deep). I also fulfilled a bucket list item of catching a tuna and eating the meat right at the dock.”

Yellowfin tuna and sword fishing happens year-round out of Venice, LA with MGFC.

Book online, and secure a boat for your group. Each vessel holds up to six passengers — in one group booking — and all boats come outfitted with the latest gear and technology. You’ll use Shimano rods and reels, Seaguar fluorocarbon line, Mustad hooks, Aftco belts, and you will fish from Freeman Boatworks catamarans — powered either by Yamaha or Mercury outboards, with radar and sonar powered by Simrad marine electronics.

Simply the best when you fish with MGFC. Interested? Book now, for a day-long offshore adventure.