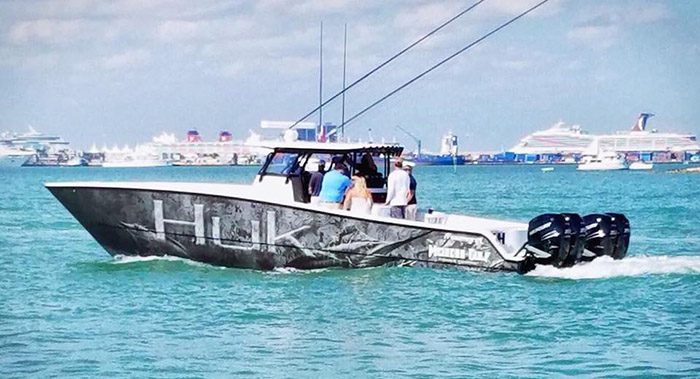 “I’m pumped to bring this vessel to MGFC, and run it out of Venice, LA,” says Captain Billy Wells. “When Billy Freeman told me his plans for a 42ft design, I knew I wanted to be an early adopter. His 37s are phenomenal vessels. We love them, and this model just takes things up a notch. It’s gonna be great.” 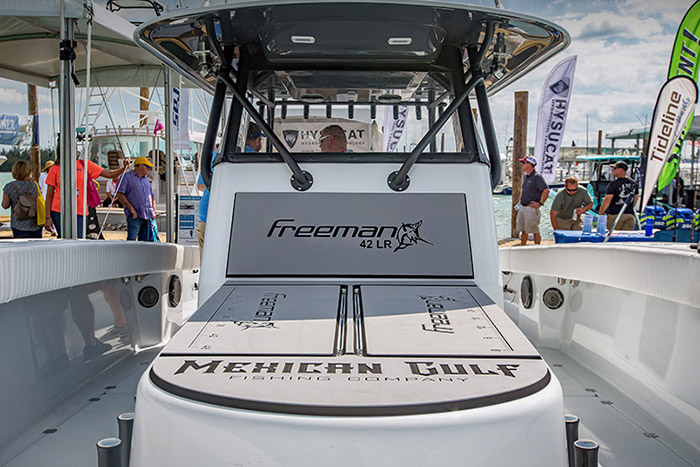 The two companies go stride-by-stride with a reputation for doing things right. Billy Freeman and his group learned to make small and mighty improvements with each successive design at Freeman Boatworks.

Billy Wells and his fellow captains at MGFC learned from each each other, and from each day on the water. Together, MGFC brings you unmatched fishing prowess.

The FREEMAN 42LR is a sport fishing dream come true!

Combining the oversized cockpit with Freeman’s largest fuel capacity ever — the Freeman 42 is now the “go to” offshore boat to beat! Cruising at 45kts opens the playbook on distance and area covered. It is the ideal platform for a day spent fishing on an offshore charter.

The Freeman 42LR provides best-in-class performance that will leave the competition scratching their heads. Book a trip with Capt. Billy Wells and be among the first to charter the newest Freeman at MGFC.

The Wild Bill can accommodate up to six people, booked in one group. Groups ride in style, and they’re outfitted with the best tackle and technology.

The Wild Bill sports Mercury Marine outboards and SIMRAD electronics. Customers bask in comfort when they sit back in plush bag chairs provided by E-Sea Rider.

“I’ve got a you know what kinda grin on my face right now,” says Capt. Billy. “Look at it, it rocks. Can’t wait to get it out on the water. We’ve got days booked on it already, and since we made the announcement plenty of bookings have been coming in. People have heard about the boat, now they want to come down and fish it, and see it in person.” 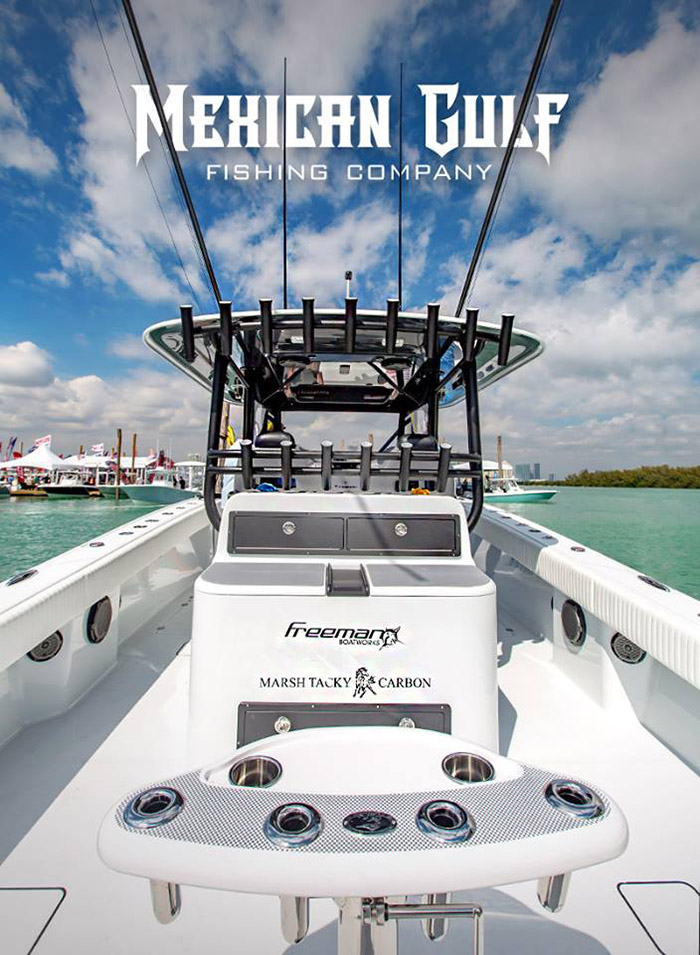