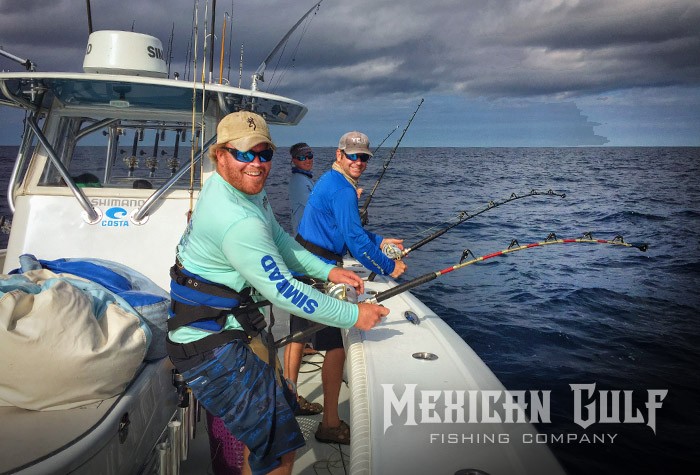 Have you been talking about taking a yellowfin tuna fishing charter? Have you always wanted to go fishing with The MGFC? Well, now we’ve made it even easier to do so. We’ve got online booking for you, and we’ll be adding a few features to the website in 2016. Book online directly at mgfishing.com 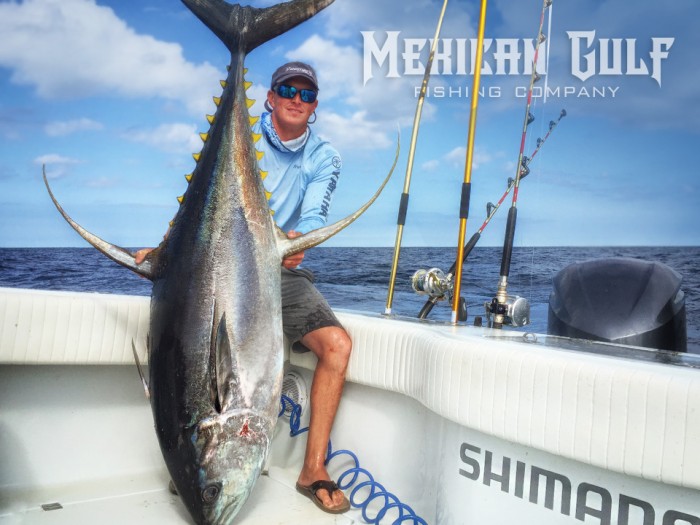 What can you expect on your offshore charter trip with MGFC? You can expect a helluva good time, fishing with experienced captains, all expert guides who are mindful of your fishing wish list, and respectful of these beautiful gulf waters and the species you want to target.

You can expect a full day of fishing, and an epic adventure in North America’s most productive sport fishery — a place of sublime beauty tucked away from it all at the southern tip of Louisiana, but just an hour’s drive south of New Orleans.

Accessible as a day trip, ideal as a two-fer where you target yellowfin tuna one day, and several other species the next. Or, do what so many of our charter groups do — book two boats and experience an offshore yellowfin tuna fishing charter with one captain one day, and another of our fine captains on day two. Throw in an inshore trip with our friends at Cajun Fishing Adventures, and you’ll experience the full range of fishing in South Louisiana. All for less than the cost of an international trip, which many people book when they think big game fishing.

Fishing for yellowfin tuna is our specialty, and it’s a craft we’ve honed for many years. Each of the five captains at MGFC all have experience with some of the largest fish — we’re talking yellowfin tuna approaching 200 pounds — sometimes even more.

Capt. Colin Byrd and Jordan Ellis are particularly fond of targeting the biggest yellowfin and wahoo in these colder months. Capt. Zach Lewis thrives on a challenge, and loves showing non-stop action to his charter groups, and founding captains, Billy Wells and Kevin Beach, are both known for their uncanny ability to bring their charters home with the catch they want — as if precision and fun are just two parts of the game.

and, Huk Gear — don’t forget about the Huk gear. How could you because from all we are hearing, … the word is: “everybody wants some.”

All MGFC captains and crew are sponsored by Huk Gear, and we strive to keep a supply of MGFC branded Huk shirts in stock. Take heed, these puppies go fast — very fast. Be sure to ask for them when booking your next trip. Our shirts feature Huk’s famed moisture transporting technology and style, with MGFC’s brand mark on the front, an MGFC illustration on the back, and in the latest Huk Kryptek designs. 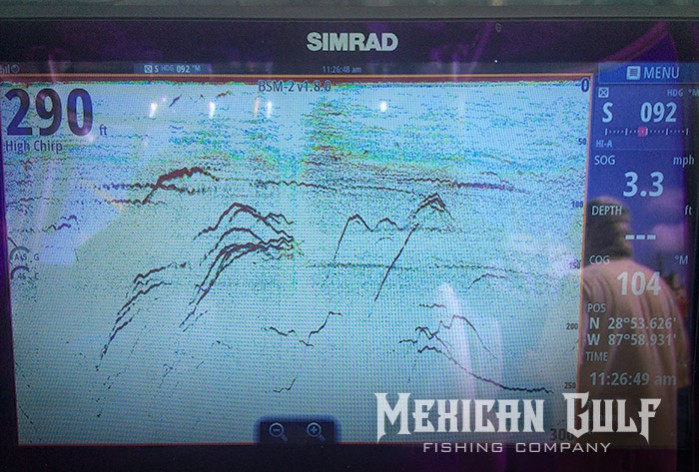 Some other items of note: Fishing with The MGFC is first about fun, and second about landing the big fish. We have respect for everyone who boards our boats, and we want to express the value of us meeting on charters but leaving as friends. Second this is about adventure, but not without safety. MGFC prides itself on owning the best boats and top notch gear. Everything on our vessels is in top shape. Everything with regards to safety is top of mind.

Book your group on a yellowfin tuna fishing charter in Louisiana with MGFC. Ask us about other species, too. Tell us you wanna go after a blue marlin, tell us your kids want nothing more than to frolic in the sunshine landing loads of chicken dolphin. Tell us you’ve never seen a swordfish in person, and you’re just dying to catch one. From amberjack to wahoo — we’re the charter fishing company you’ve been hearing about. We want to be the charter fishing company for you.